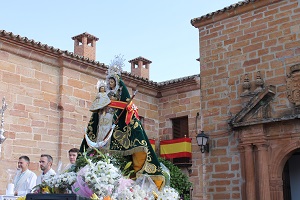 On the last Sunday in September, the inhabitants of Bailén accompany their Patron Saint to the Rumblar Sanctuary in the neighbouring hamlet of Zocueca, in the municipality of Guarromán. A special activity takes place as they reach the area known as “El Ventorrillo”, when the Mayors of both towns exchange ceremonial staffs as a sign of the bond between the two towns. During that day, the Mayor of Bailén will also be the symbolic Mayor of Zocueca.